ACAAB - Any Card At Any Birthday (PDF) - Boris Wild 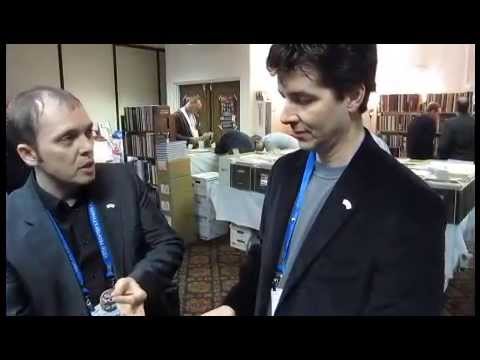 Boris Wild
Boris Wild is one of the most renowned French magicians in the world. He is an interna...
Ask a question
Shipping time and rates:
Your city

In this book, Boris offers you his amazing version of this mythical routine. Here is the effect:

A prediction deck is introduced before anything starts and remains in the card case until the end.

A first spectator freely names any number: his birthday or a number from 1 to 52 depending on the variation you perform. He can say any number. No restrictions. No force or equivoque. Totally free choice.

A second spectator freely names any playing card from a deck of fifty-two. No restrictions. No force or equivoque. Totally free choice.

A third spectator takes the prediction deck out of the case and counts down to the named number by turning the cards face up one by one. The freely named card is in the position of to the freely named number! It is as simple and direct as that!

The performer does not touch the cards. He does not even open the card case. The spectator does everything. The card is always revealed at the exact named number...

Note: In his constant care of giving sense to his routines and emotionally involving the spectators, Boris asks for a number corresponding to the birthday of the spectator but any number from 1 to 52 can be named without any restriction.

All the details are clearly reviewed to make this "Any Card At Any Number" effect accessible to everyone.

It is one of Boris Wild's best-kept secrets and it is now available so you can learn it too and perform this amazing routine.

• The spectators are chosen at random. No stooges or even "instant stooges".

• No pre-show. No assistant required.

• The prediction deck is introduced before the effect starts and remains in its card case until the end in a safe place which has been checked by a spectator.

• The first spectator can really name any number (either his birthday or a number from 1 to 52). His choice is totally free.

• The second spectator can really name any playing card. His choice is totally free.

• The performer never touches the cards of the prediction deck. He does not even open the card case. The third spectator does everything: he counts the cards himself by turning them face up one by one until the named number.

• The named card is always revealed in the exact position of the named number.

• No special conditions required. No table needed. Can be performed anywhere: stage, stand up, close-up and even walk around.

• No sleights. The routine can be performed by anybody even if they never do card tricks.

• No memorized deck or mnemonic work. No formulas or sequences to remember. No mental calculations to learn.

• No rough and smooth. No sticky cards. No short cards. The spectator can freely handle the cards. They are normal as you use your own cards.

• Can be repeated as many times as you want with a different number and a different card each time.

• No multiple scenarios affecting the presentation which becomes more or less clean depending on the choices.

• Resets in a few seconds.

This PDF is also available as a book.

“I think it's a fantastic real-world method. I really wish I'd seen you do it before I read it. I'm guessing I would have been really fooled. (...) Your method is diabolical and completely practical, and you are to be congratulated.“ Mac King

“One of the best solutions I have ever seen. You should be proud!“ Simon Aronson

“Your Any Card At Any Number is the best one I have ever seen. It is so good. It's clean and direct. Really ANY card at ANY number. The conditions are the best!“ Henry Evans

“It’s really amazing and the idea is fantastic. Thank you so much for sharing.“ Lu Chen

“When I read about Boris' routine, I didn't believe it.  When I saw him do it, I believed.  I cannot imagine a more practical, surefire, easy-to-do method for this fabled effect. Truly, Boris has nailed the ACAAN effect.“ John Bannon

“We are talking here about clever and cunning magic at its highest degree... In this field, people like Paul Fox or Vernon would have loved the subtleties...“ Gaëtan Bloom

“It is fantastic. Well done on a great thinking and routine. Beautifully structured.“  Michael Vincent

“Another superbly thought out and ingenious Boris Wild product. Stop looking for the ACAAN 'Holy Grail' and start performing this.“  Jon Allen

“Boris' Any Card At Any Birthday is a marvel of ingenuity; it is simple, direct, very effective, the conditions are idyllic, and it works as well on stage as in stand-up or even cocktail conditions.“  Vincent Hedan

“Any Card At Any Birthday is a clever, entertaining routine with a method that is astonishing.“  Matthew Field - The Magic Circular

“I was blown away. (...) By working with stringent self-imposed requirements such as never touching the deck and insisting upon complete fairness in number and card selection, Wild has created a solid, real-worker's solution to this "Holy Grail" plot. (...) Aside from being simple yet devious in execution, A.C.A.A.B. is also very well structured, with a nice personal hook - the spectator's birthday - that makes the piece charming as well as amazing.“  Francis Menotti - MAGIC Magazine

“There is a great deal of subtle thinking behind the method - a different approach than many of the more commonly seen methods currently in use (...) Mr. Wild's routine is well worth considering (...) Mr Wild has hued to the demands of the premise, and has delivered a useable method that he has undoubtedly refined over extensive professional performance (...) This then amounts to a worthy entry into the field.“  Jamy Ian Swiss - GENII Magazine

“Really great, well explained, clear and ultra-detailed. (...) As for the trick itself, it is iron-cast.“ “I think this routine is objectively one of the most beautiful ACAAN I know, one of the closest to the criteria of Berglas.“ “I have just received Any Card At Any Birthday from Boris Wild, it is a real killer!!!! For those who still hesitate to buy it, do not hesitate anymore and go for it!!!!“ Virtualmagie.com