You Know (UNO) by David Jonathan 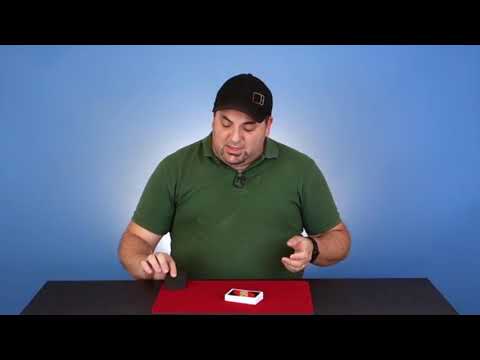 David Jonathan
Renowned for his creativity, David Jonathan has built a reputation for consistently re...
Ask a question

You Know is a mind-boggling demonstration of mentalism using regular UNO Cards. This powerful prediction effect is so FAIR, so DIRECT and so utterly baffling. David Jonathan has dusted off a long-forgotten and criminally underused principle, and modernized it with delightful new twists to create an unbelievable hands-off prediction that is INCREDIBLY EASY to perform!

After briefly bringing attention to an envelope in your pocket, you introduce a pack of UNO cards. A participant then names one of the four colors in the deck as their target color. They then take all the cards and genuinely shuffle them into a truly random order. Looking through the shuffled deck, they remove the first three cards of their target color that they come to. The numbers on these cards are added together to arrive at a total. You then remove the envelope from your pocket to show one number was written on it, which matches their total!

But that’s not all!

You now open the envelope to show that you also correctly predicted the COLOR and the EXACT THREE NUMBERS they had arrived at!

NO Sleight of hands

You Know is a super fun and unique change of pace from run-of-the-mill card tricks. While this effect was designed for UNO cards, it can be easily adapted to playing cards. You will also learn a variety of extra ideas to incorporate the concepts into other routines like book tests, pin code revelations and more! Download now to learn one of the strongest effects with a pack of UNO cards!